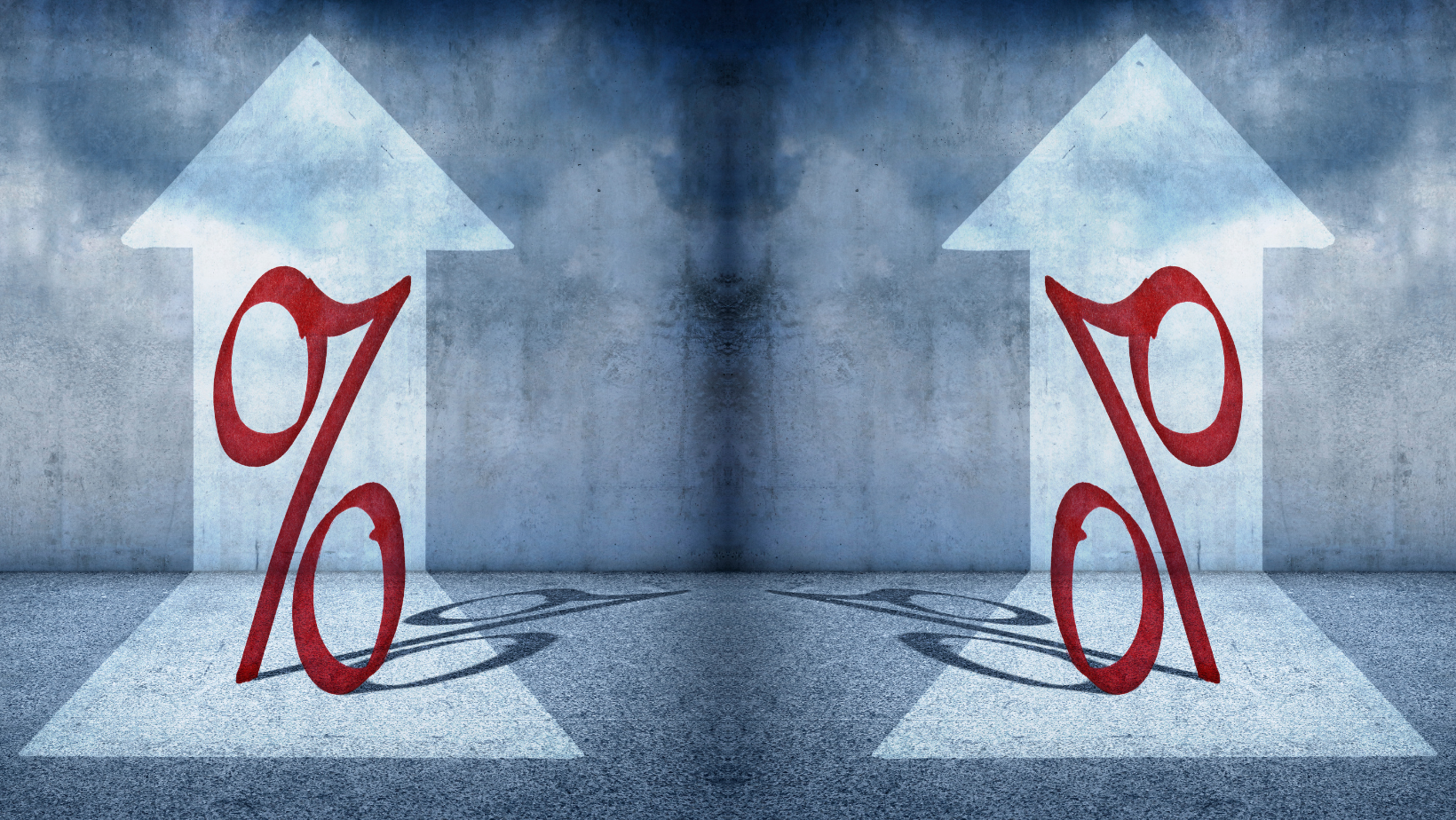 The world of finance and investments is notorious for its extensive use of jargon. With a goal to enhance financial literacy and make the world of money more transparent, we have our “monthly jargon” articles that focus on debunking financial terms that are often used sans explanation. This month, we’re focusing on a wildly discussed and debated installment of the American economy: interest rates.

What are interest rates?

The term “interest rates” is often tossed around in conversations regarding inflation and the health of the economy. Interest rates affect all of us – from an entire nation, like the United States, as a whole, to individual businesses, producers, and consumers. Interest rates fall under the monetary policy umbrella – policies controlled by a nation’s central bank to attain sustainable economic growth – and these rates are set by central banks as benchmarks for business and consumer borrowing.

An interest rate is the percentage of the principal – the amount of money loaned – charged by a lender for the borrowing and use of its money. A few examples where interest rates come into play include: borrowing money from a bank when you take out a mortgage on a house, taking out a loan for a car purchase, taking out a personal loan for home repairs, assuming a student loan to cover education costs, or refinancing an existing loan at a more favorable rate. In these situations, from your perspective as the borrower, the interest rates on the loans represent how much you owe to the lender in addition to the full amount of the loan.

When it comes to borrowing money, banks are the traditional sources of funds that individuals leverage. Lending money is essentially the primary role of a bank: It takes in deposits of money from patrons and then distributes that money via loans like mortgages to other patrons and consumers. Banks typically pay a bit of interest on deposited funds they house (i.e. you earn a small amount of interest on the money you deposit), but banks charge a higher interest rate on loans because the difference in these interest rates is how banks make a profit. In other words, banks charge borrowers a higher interest rate than they pay depositors, and the difference between the two is how the bank profits.

How do interest rates work?

If you carry a balance on your credit card, the card company will multiple the balance every day by a daily interest rate and add that to what you owe. Credit card interest is usually expressed as an annual percentage rate (APR), and the daily rate is the APR divided by 365. Keep in mind that some credit cards have multiple interest rates like one that applies exclusively to cash advances and one that applies solely for purchases.

When banks offer loans, these loans typically have a fixed or variable interest rate tied to them. These rates function as they sound: Fixed rates stay constant for the life of the loan, while variable rates adjust over time in response to changes in the market. Although most variable-rate loans are not directly tied to the Federal Funds Rate – the interest rate set by the Federal Reserve, colloquially known as the Fed – it usually moves in the same direction with it because the prime rate, the underlying index for most credit cards and one of the main rates variable-rate loans are often pegged to, tends to closely mirror the Federal Funds Rate.

Interest Rates and the Fed

The central bank in the U.S., known as the Fed, is tasked with stabilizing economic activity and promoting growth. One of the ways it does this is by managing the rate at which banks can borrow money from other large banks, and these loans help banks access cash that the banks can in turn leverage to loan funds to businesses, institutions, and consumers, like us, at higher rates. This loan system helps move money throughout the economy: Banks profit from loans, businesses benefit from access to funds that allows them to engage in profit-generating initiatives, and consumers borrow money from banks to purchase homes.

After the Financial Crisis, the Fed lowered interest rates to help the economy weather the turbulence and financial pressures, and we have experienced a low interest rate environment since then. Keeping the Federal Funds Rate low allows banks to pay low rates on loans, which in turn allows the banks to loan money to businesses and consumers at lower rates as well. This is why we have seen products like mortgages hold steady at historic lows for quite some time. Low rates also translate to lower costs for businesses, which allow companies to hire more people, and higher employment puts more money in the hands of consumers that translates into higher spending in the economy. This positive trickle through the economy is why a low interest rate environment helps an economy get back on its feet and build growth.

Although this growth-encouraging environment seems fantastic, you can have too much of a good thing. Think of the economy as a car that can hit a max speed of 120 mph – that max speed is not something you want the car to constantly hold or hold for long because it will overheat and ultimately cause damage. You want to drive the car at a steadier speed that it can comfortably maintain while still getting you places. The same is true for the economy: Too much growth and too rapid of growth in the economy leads to high inflation. When economic activity is high, we tend to see an increase in consumer demand for goods and services, since more people are employed and have more money to spend. If this demand grows too quickly, then companies will increase their prices higher and higher, leading to inflation. High inflation means decreased purchasing power because the value of the dollar decreases when too much money is floating around in the economy. As prices increase, your money loses its ability to buy goods and services, meaning that your wealth decreases over time.

The economy works in a similar way to a car: There is a sustainable speed and level of activity that the country operates at, but when economic growth gets too hot, the economy overheats and issues arise. This is where the Fed comes into play; it very closely watches economic activity, so it knows when it needs to slow down economic activity to prevent the system from overheating. If the economy appears to be growing above target rate, the Fed will consider raising the Federal Funds Rate. This means that companies and consumers will need to pay more money for their debt, which makes it more difficult for companies to pursue growth and new ventures and hire more people, so employment and consumer wealth may take a hit as companies cut back on spending; however, these adjustments are viewed as necessary to ensuring the long-term health of our economy.

Keep in mind that inflation is not a bad thing, and the Fed targets around 2% inflation annually to avoid a shrinking economy. It's when the growth pushes faster than the sustainable 2% pace that the Fed may begin to worry that things are getting a little too hot to be sustainable. If the Fed believes a check is needed to slow the economy, it will increase the Federal Funds Rate, which makes it more expensive to borrow money, in turn decreasing demand and economic activity and keeping inflation at bay.

Final Points: How do interest rates affect you?

As with most things in economics, a change in the Federal Funds Rate has a trickling effect on the economy that impacts us as consumers and as investors. When the Fed increases the Federal Funds Rate, the price tags on mortgages also increase, and although fixed-rate loans remain the same, variable-rate loans will begin to have payment increases due to higher rates. In terms of the stock market, investments may take a temporary hit, as higher rates make it more expensive for companies to operate, which lowers profitability and can hinder the value of a stock. Although an increase in rates may result in a navigational period of fine-tuning, the economy will adjust and any negative effects become transitory – like a dip in employment numbers or a dip in the stock market. When looking ahead in terms of debt, you may need to make some prudent changes. For example, if you are looking to buy a house, budget for rate increases and consider saving more towards a down payment. Most importantly, stick to your long-term financial and investment plan and strategies, and you should be well prepared to weather the normal growing pains of the economy.